Germs and bacteria are not able to build up resistance to ClO2 because it attacks through oxidation.

What is Gard’nClean 99.9% ultra-pure chlorine dioxide?

Why use Gard’nClean instead of chlorine or similar compound?

Gard’nClean’s 99.9% pure chlorine dioxide is not corrosive to infrastructure, does not create the same toxic compounds, and removes bioslimes and other pathogens at much lower concentrations than similar compounds.

Introducing the newest technology in disinfecting and odor elimination from the innovators in microbial solutions. 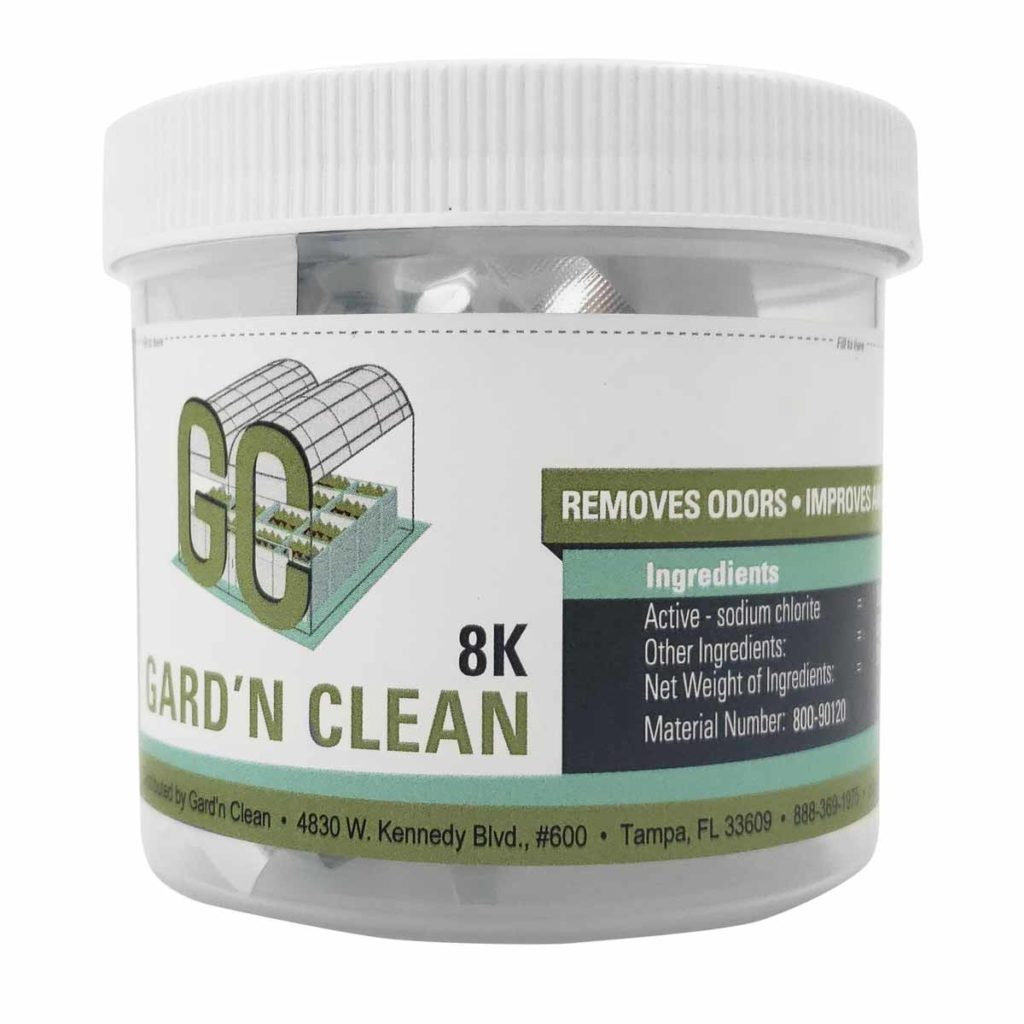 Gard'n Clean's Easy to Use System

What are the benefits of 99.9% pure chlorine dioxide?

99.9% pure ClO2 is an oxidizer — plant pathogens are unable to build up a tolerance. It is effective against wide varieties of dangerous microorganisms including:

Unlike other disinfectants, there are no corrosion concerns at use levels. ClO2 can be used on food, water and in food preparation areas. It is because of our patented technology. Simply put, the chemical reaction that generates chlorine dioxide generates harmful by-products. Gard’nClean traps the harmful

Our technology is eco-friendly and OMRI organic certified, requiring no special disposal or handling requirements. The activated solution has a neutral pH.

Gard'n Clean Biocidal Efficacy Versus Your Other Options

Typical of acidified sodium chlorite formulations, this particular product included high concentrations of chlorite and chlorate compounds, a low conversion rate to chlorine dioxide, and an acidic pH. The large background of oxidizing ionic species (chlorites, chlorates) coupled with the low pH are reasons why stabilized solutions generally have material compatibility issues and are virtually ineffective at cleaning head space and removing bio-slime. This is not true of Gard’nClean pure chlorine dioxide where application and product usage are vast and superior to other leading disinfection and deodorization methods.

Chlorine comes in a number of forms*:

*Regardless of the form of chlorine, the disinfecting agent is hypochlorous acid (HOCl)

WHY HAVEN’T I HEARD OF THIS BEFORE?

The original or “stabilized” version of chlorine dioxide is made from precursor chemicals mixed together, creating low concentrations of ClO2 but also many harmful chlorinated byproducts including toxic and corrosive chlorates.

Then, chlorine dioxide generators were utilized to create a better concentration of ClO2. These generators are expensive, not mobile and require trained personnel. Corrosive chlorinated by-products remain a concern.

Today, Gard’nClean’s patented ClO2 technology is available, allowing for 99.9% pure chlorine dioxide that’s ready to use. It requires no special training, is portable and safe. The purity of Gard’nClean makes it ideal for cultivation and processing facilities; food preparation, agriculture, crop transportation & storage, as well as general disinfection and deodorization. 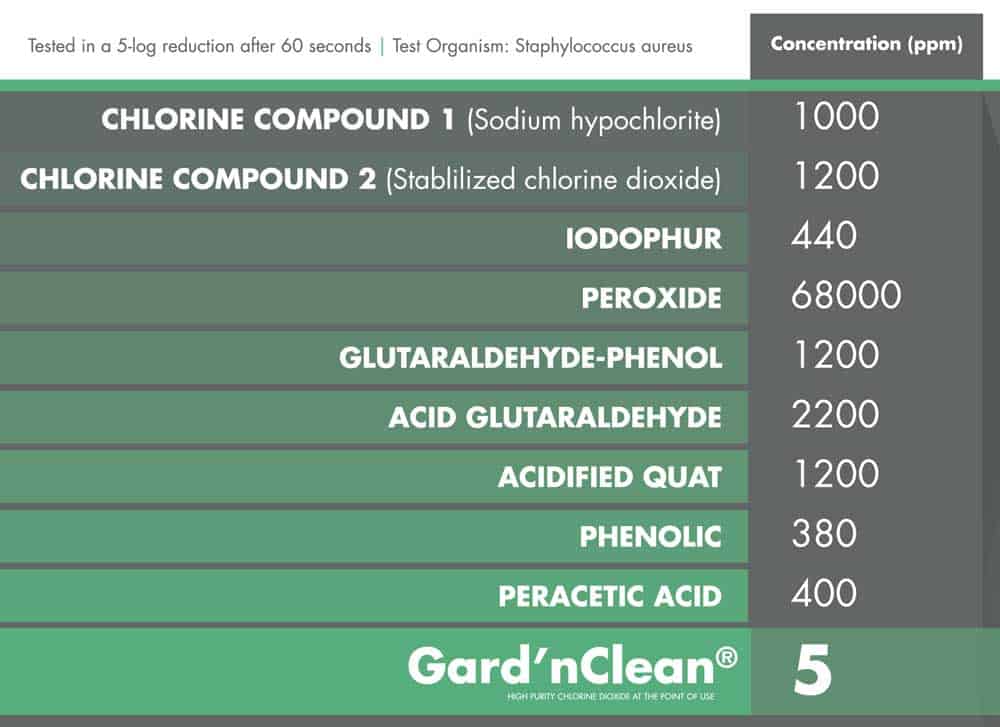 Why are Gard’nClean’s products so pure?It is because of our patented technology. Simply put, the chemical reaction that generates chlorine dioxide generates harmful by-products. Gard’nClean traps the harmful by-products in a proprietary membrane until the reaction is complete, so only the chlorine dioxide molecule is released into the solution, resulting in negligible and lower corrosiveness.

Chlorine is a disinfectant that is available in many forms. These forms include:

Regardless of the form of chlorine, the disinfecting agent is hypochlorous acid, which is pH dependent for microbial efficacy.

It is a strong oxidizer with end-user familiarity. It is very cost effective.

What are some of the current options or respective forms?

We don’t use chlorine or related compounds due to safety or especially because it is more effective, we use it because it generally costs the least
WHAT ARE THE DISADVANTAGES OF USING TRADITIONAL CHLORINE OR SIMILAR COMPOUNDS?

Pure (and only pure) chlorine dioxide offers many benefits from other common and well-known disinfectants.

Aside from highly efficacious mold remediation and attendant deodorization, the biggest differences you will get with use of Gard’nClean’s patented, pure chlorine dioxide technology, especially as measured against many commonly known disinfection products, are the following benefits: